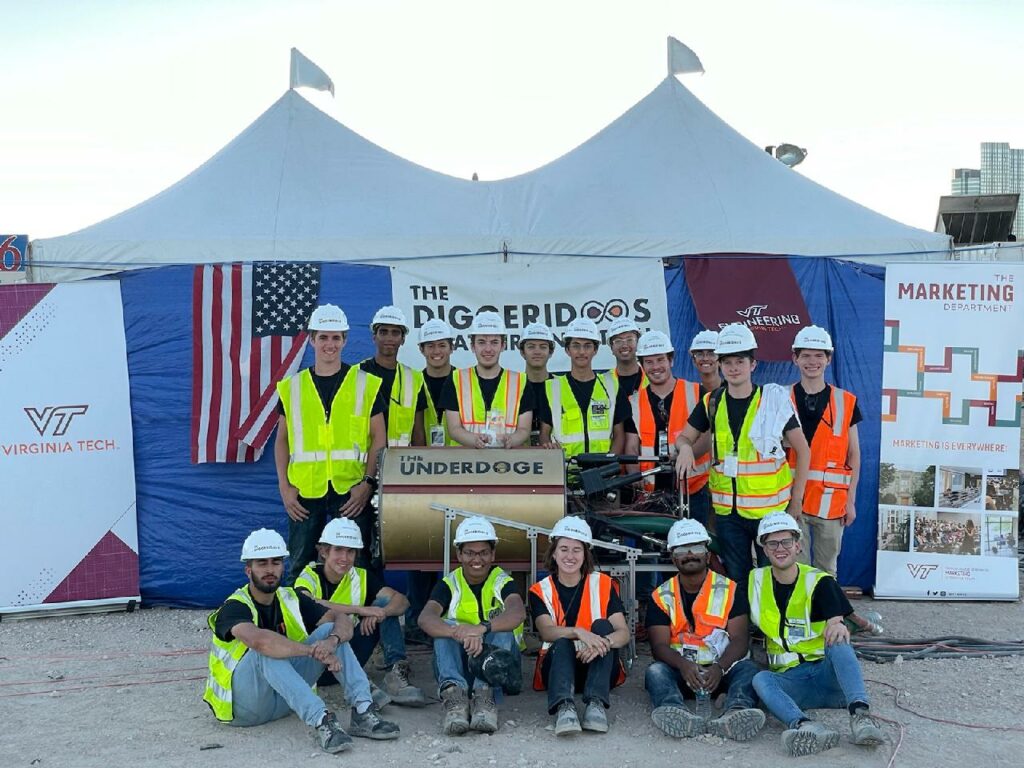 INDIE is a corporate sponsor and Partner for the Virginia Tech HyperLoop student team and the related Diggeridoos Tunnel Boring team.

The Boring Competition Team at Virginia Tech was founded in September of 2020 following the announcement of The Boring Company’s Not-a Boring Competition. Shortly after that, a team was formed and the design of a small-scale tunnel boring machine (TBM) was started. The team developed a conceptual design which progressed to a preliminary design and then a detailed final design. Out of nearly 400 applicants, the team’s concept was chosen as 1 of 12 teams to compete in this year’s competition. Our team is developing new ways of tunnel boring which will be implemented into this year’s machine. Since the founding of The Boring Competition Team at Virginia Tech, we have grown into a 35 member strong engineering design team.

Thank you INDIE for your generosity in supporting this team. We want you to know that your contribution will enable hundreds of VT engineers for years to come to continue to do incredibly innovative tech in the transportation and infrastructure space!